We will be exhibiting at the Long Beach Comic Expo this weekend. If you get a chance stop by booth 6000A. More info on the show is below.

Since it’s March Madness time, and the NBA will be starting the playoffs in a couple of months, I thought it would be fitting to post one of my favorite ads from when I grew up. I’m sure comic book headz from the late 70’s will remember this one well. I love the way they drew this. It appealed to me because it included the hood, sports, and my favorite player…The Doctor…Julius Erving! 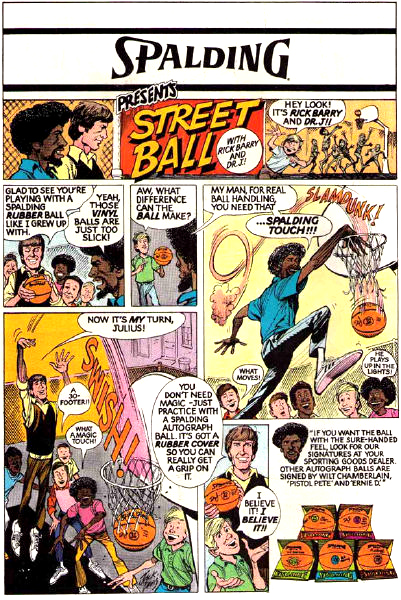 Chapter One is in the Books…Literally

What’s up people? At the end of each chapter the book includes a scripture that pertains to where Silk is, in terms of his life/walk, at that point in the story.

I’m excited because this marks the end of chapter one. For all of you folks who weren’t able to visit the site every week or for those who prefer to read the story in larger chunks, you can now read chapter one, in its entirety, in one sitting. This should provide continuity and hopefully enjoyment.

Thanks for reading, and check back next week for the start of chapter two as we continue to follow Silk on his journey!

As chapter one comes to a close I figured that this would be a great opportunity to shed some light on how I ended up doing this type of project. Well, to keep it simple, I feel like I’ve been called to do this, (pun intended), Lol. As you continue to read I hope you are able to gain more insight about me and this project.

I was raised in the church. As I got older, somewhere just before college, I started to do my own thing as opposed to God’s. During this period I always had intentions to return to my church roots, but didn’t seriously do so until about 20 plus years ago. Now I try to exemplify Christ I all that I do. I fail sometimes but as Donnie McClurkin would say “We fall down, but we get up!”

I started reading comics as a kid. I was always drawn to “cartoony”, “light,” comics but when I got my first taste of the super hero genre, I was taken to a whole new level. I used to collect…I remember my boy Reggie and I riding our bikes on comic excursions when we were 12 or 13 years old. But drawing…that was where the luv was…I even submitted samples to Marvel…still got the form letter somewhere. It said something like, “Thanks for letting us see your stuff, unfortunately it just wasn’t quite up to snuff”. You gotta love it, Lol!

The thing is, even during my comic collecting heyday, I felt something was missing…it turned out to be God. When I would read about the super feats accomplished by my favorite super heroes, I would say to myself, “but God is even more powerful” or “cain’t nobody do that but God.” Here’s an example, granted it’s from a movie but you’ll get the picture. In Superman, he rewound the world in order to save Lois, I was like “What? He ain’t God, how’s he going to do that?” For me, that went too far because I place everything in a Christ centered world.

Now, back to comics, I had been getting this “dark” feeling when reading some of my comics. At about the age of 15, I read a Daredevil book where a character died and came back from the dead, the blood in the scene was black like tar…the scene just made me feel “dark” which I didn’t like, so I threw that book away and eventually stopped collecting comics. Subsequently, throughout the years when I would pick up a comic or visit comic shops I would get this bad feeling. Why were comic books, something I really liked, making me feel so bad? I realized it was some of the content that bothered me …the blood, the gore, and the dark storylines. Gore might be your thing but it’s not mine. The same holds true for dark, supernatural types of themes, so I try to steer clear of those too. Once I was able to identify what was bothering me I started seeking more “light” comics. Even now, I thumb through books before I buy them. I still read secular comics, but if a book seems too dark for me, I won’t partake.

The comic industry seems to be flooded with these dark types of books/stories so I set out to create a book that I would like to read…something that resonates with me and others like me…something that can bring a little light into the comic book world. So here we are…The Calling!

I am very excited as we move into 2014! This year I hope to share more insights regarding the comic and everything that goes into creating it. Thanks for taking the time to visit the site. In appreciation of your support I’ve added a desktop picture that you can download for free at the following link. This is the first of many more to come so be sure to check our “Free Stuff” page regularly.

Enjoy and be blessed!